Beauden Barrett slotted a drop goal shortly after he moved into flyhalf to spark a final quarter resurgence by the Blues that carried them to a 24-12 win over the Chiefs in New Zealand’s Super Rugby Aotearoa competition on Saturday.

Barrett, who started the game at fullback, replaced Otere Black in the pivotal position with about 20 minutes remaining and put over the drop goal four minutes later to give his side a 16-12 lead. 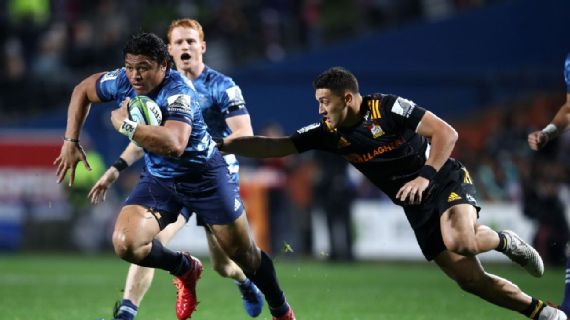 He then added a 69th minute penalty and winger Mark Telea finished off the best movement of the match three minutes after that to cap the 11-point burst that gave the Blues enough room to clinch victory.

The Blues had not won in Hamilton since 2011 and have now won their last six games, including a 30-20 victory over the Wellington Hurricanes in their first game of the new competition last week.